The people behind Quantum Inventions 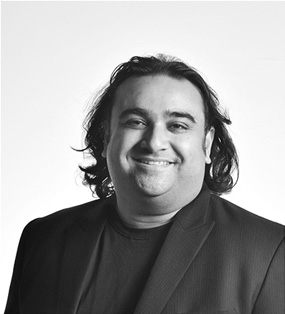 Saurav Bhattacharyya (Saurav) is the CEO and a Co-founder of Quantum Inventions, a company focussing on Mobility Intelligence. He has served ITS Singapore in various capacities ranging from Secretary to Vice President since 2007.

Saurav is a keen proponent of standards and has been an international editor and co-editor for numerous technical standard documents both nationally and internationally.

After completing his undergraduate studies in Computer Engineering in the year 2000 from NTU he pursued a research career at the Centre for High Performance Embedded Systems (CHiPES) of NTU. Over his 5 year research stint at NTU, he published over 24 papers in international academic and industrial conferences and journals spanning various industry verticals in embedded systems.

He secured his Master’s in Computer Engineering from NTU in 2006 before going on to spin-off Quantum Inventions from technology born out of NTU, together with Co-founder Prof. Thambipillai Srikanthan. In a short time span, QI has grown to be a formidable company in ITS solutions, dynamic traffic information services and connected navigation and covets the Young Innovator Award under the Land Transport Excellence Awards, which it won in 2010 (by the Ministry of Transport of Singapore). 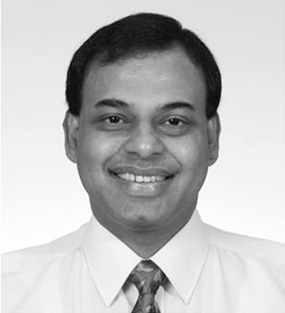 Dr Srikanthan joined Nanyang Technological University (NTU), Singapore in June 1991. At present, he holds a full professor and joint appointment as the Executive Director of the Cyber Security Research Centre @ NTU. Previously, he was the Chair of the School of Computer Engineering and served as Director of the 100 strong Centre for High Performance Embedded Systems (CHiPES). He founded CHiPES in 1998 and elevated it to a university level research Centre in February 2000. He has also served as founding Director of the Intelligent Devices and Systems (IDeAS) cluster for 2 years (2005-2007). His other appointments at the university level include Chair of the review committee for promotion and tenure (SRCPT) as from April 2007 and member of the Nanyang Business School (NBS) Dean Search Committee (Feb 2006 to Oct 2007).

His research interests include design methodologies for complex embedded systems, architectural translations of compute intensive algorithms, computer arithmetic and high-speed techniques for image processing and dynamic routing. He has published more than 250 technical papers including 60 journals in IEEE Transactions, IEE Proceedings and other reputed international journals. His services as a key consultant to embedded systems industry, both locally and internationally, are continually being sought for.

He contributed to all aspects of the curriculum development and operation of the undergraduate and post graduate programs. In particular, he proposed and developed a Master of Science course in Embedded Systems Engineering, based on his expertise in this emerging field of Computer Engineering. He was nominated for the â€˜Best Teacherâ€™ award for six consecutive years and won this award in 2002.